Does caffeine shampoo actually work on thinning hair, and wake up hair follicles like it does our brains in the morning?

Hair loss is a common concern affecting Australian men. According to Andrology Australia, hair loss affects around one in five men in their 20s (20%), one in three men in their 30s (30%), and almost half of men in their 40s (40%).

You’d think a health concern so common would have a cure by this point, but while there’s not yet a magic solution to male pattern hair loss, modern science has done an impeccable job developing a number of successful treatments to prevent hair loss and aid in regrowing of thinning hair.

You’ve probably heard of hair transplants, which while effective can be eye-wateringly expensive. Thankfully, modern pharmaceuticals that treat hair loss, like those offered by Pilot doctors, come at a fraction of the cost and can be just as successful for maintaining and prevent hair loss — especially when started early.

But another treatment for hair loss is fast gaining popularity for the fact it’s both affordable and widely accessible: caffeine shampoo. Sounds great, but with a lack of true scientific evidence and very few reputable studies, it’s difficult to tell whether or not caffeine shampoos are actually a viable hair loss treatment.

What is caffeine shampoo?

It’s like regular shampoo in that it’s formulated to lather up and clean your hair, only with the added ingredient of caffeine or coffee bean extracts. Caffeine is a stimulant, and so the idea is that by applying caffeine topically to the scalp, you could stimulate the hair follicles and encourage new hair growth.

But the promises these companies made turned out to be pretty misleading, because the original study that sparked this movement cited new growth on hairs in a petri dish, not hairs still attached to the scalp.

Other small-scale studies have since been conducted on the benefits of caffeine for hair loss, but there’s lacking viable evidence to suggest it’s an effective treatment on its own.

Caffeine shampoo: Where it all began

Caffeine shampoo first hit the market in the mid-2000s. The invention came courtesy of German men’s hair care company Alpecin, which was established in 1905.

Alpecin caffeine shampoo launched with some pretty audacious claims, with advertising for the product stating the formula was "German engineering for your hair".

"Shampoo is too small a word for it. Alpecin provides caffeine to your hair, so it can actually help to reduce hair loss. Simply apply daily and leave on for 2 minutes ... to help the Caffeine Complex penetrate your hair and scalp."

For a long time, Alpecin got away with the claims its caffeine shampoo could "reduce hair loss", that is, until Advertising Standards Authority (ASA) weighed in.

The UK body responsible for making sure brands can back up their claims famously stepped in in 2018 and banned Alpecin from advertising that its product could help reduce hair loss.

Alpecin provided a bunch of evidence to the courts (eight full studies, seven summary studies, and a “consumer opinion survey") in an attempt to contest the ASA's decision, but the company's evidence was deemed insufficient.

Basically, because Alpecin's studies had been privately funded, used tests that are not largely backed by the greater scientific community, and has not been peer reviewed, the evidence simply didn't hold up. While Alpecin's product has been found to help hair growth in the company's own studies, the results related to hairs tested in a petri dish. Outside of a lab, the concept was largely untested on actual human scalps.

The ASA finally rebuked Alpecin's claims in March 2018 with the following statement:

“Taking into account the body of evidence as a whole, we considered that we had not seen any studies of the actual product as used by consumers on their scalp, using an accurate and objective analysis of hair growth, in a well-designed and well-conducted trial.

"We concluded that the claim 'it can actually help to reduce hair loss' had not been substantiated and was therefore misleading."

In short, no. There is not enough clinically viable evidence to support caffeine shampoo alone as an effective hair loss treatment. But that’s not to say it has no use when it comes to maintaining and supporting hair growth.

There are studies that support the claim that caffeine shampoos can thicken hair, like this one from 2012 on the role of caffeine in the management of androgenetic alopecia, and another from 2010 on the use of caffeine for the same condition, and there is some evidence to suggest that topical caffeine can be helpful in reducing dihydrotestosterone — the hormone which causes male pattern baldness.

It’s worth noting that these studies are largely lab-based and would need more reviewing in a larger controlled clinical trial conducted with actual patients.

The good news is, however, that caffeine shampoo has been found to cause no harm and can help improve the health of the scalp, which in turn supports healthy hair growth when paired with a clinically proven treatment.

Benefits of caffeine for hair loss

Even though caffeine shampoos have not yet been proven to work for treating hair loss, coffee and caffeine does pose benefits to the hair and scalp, which can support healthy hair growth.

Caffeine shampoos are helpful in removing product build-up from gels and pomades and does well to rebalance the pH levels of the hair and scalp, while the mere act of scalp massage during shampoo can clear dandruff and reduce itching. Since caffeine acts a vasodilator, there's potential that its topical application could improve blood flow to the area, which could stimulate hair growth.

Some people make their own coffee scrubs at home to serve as a gentle scalp exfoliant, though this can also cause hair dyeing — which may or may not be a good thing unless your intention is to mask greys.

Dr Vikram Jayaprakash is an experienced hair transplant surgeon based in Melbourne. Here, he talks through the role of caffeine in hair loss treatments.

While caffeine shampoos can help lay the groundwork for healthier hair follicles, it is largely accepted by the medical community that there are only two proven effective treatments for hair loss, and both of these are available to Australian men via Pilot’s hair loss plans.

While the jury is still out on a “cure” for hair loss, and probably will be for a while, it is reassuring to know that treatment is available, and is especially effective for men who start early.

If you have noticed hair thinning or a receding hairline — and feel bothered by it — there’s no shame in exploring your options. Modern-day hair loss medications, like those offered by Pilot doctors, are affordable and have a high success rate in helping more than 80% of men to keep and regrow their hair. 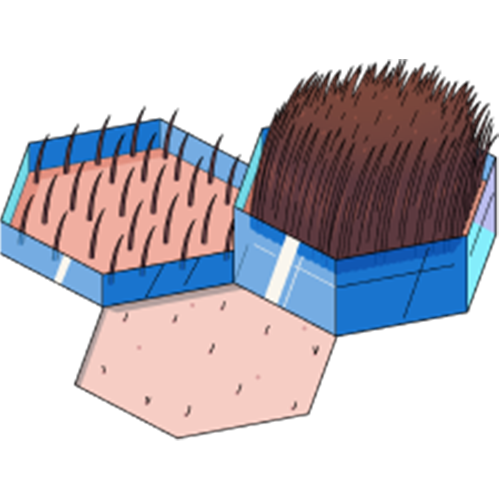 How much does a hair transplant cost in Australia?

We've all heard about the magical operation, but how much does a hair transplant cost in Australia?
5
min read
Men's Health
,
Hair

Can hair loss be stopped early enough that it might not happen at all?
5
min read