This is the connection between fertility and premature ejaculation

There is a correlation between fertility and premature ejaculation.

Written by
Stephanie Anderson
Medically reviewed by
Last updated
May 26, 2022

Although as many as one in three men has experienced premature ejaculation (PE) at some point, social stigma around erectile dysfunction can discourage men from seeking treatment or even discussing the issue with their mates.

In this article, we'll break down everything you need to know about premature ejaculation, from what causes it, to whether it can affect your fertility, and of course, how to treat it.

How common is premature ejaculation?

The World Health Organisation (WHO) defines premature ejaculation as "the inability to delay ejaculation sufficient to enjoy lovemaking, which is manifested by either an occurrence of ejaculation before or very soon after the beginning of intercourse or ejaculation occurring in the absence of sufficient erection to make intercourse possible."

Although it may not come up in conversation with your mates very often, the reality is that PE is actually reported to be "the most common sexual disorder in the male population".

Between the ages of 18 and 59, premature ejaculation affects one in five men, and it's believed to affect between 30 to 40 per cent of all men at some point in their lives.

Of course, there's potential that because men are unwilling to speak about their experiences, the statistics may actually be higher.

Of course, the level to which men experience premature ejaculation can vary greatly.

Unfortunately, when it comes to premature ejaculation, it's complicated, and there's no easy answer as to what causes it.

Where doctors once believed that it was a psychological condition, it's now commonly understood to be a mix of psychological and biological factors.

The Mayo Clinic reports that our early sexual encounters can play a role in whether we develop premature ejaculation, as well as any sexual abuse that's been endured.

Anxiety and depression also play a big role, with low self-image and worrying about premature ejaculation both being contributing factors.

Relationship problems can also contribute, as can feelings of guilt and shame. This is because you may be more likely to rush through sexual intercourse when experiencing these feelings.

The following biological factors may also contribute to or cause premature ejaculation:

While the causes aren't always easy to pinpoint, there are simple ways to treat premature ejaculation.

In fact, Pilot doctors can create a personalised treatment plan for you, which could include an oral medication as well as non-medical tools and resources to tackle it head-on.

And best of all, it doesn't require an appointment or any face-to-face conversations. All of our consultations are text-based, so you can access help from our Australian doctors from the comfort of your home.

The connection between premature ejaculation and infertility

When it comes to male infertility, the problem usually lies within the sperm itself, rather than sexual dysfunction problems like premature ejaculation.

However, that's not to say premature ejaculation doesn't play a role in infertility issues or problems with conceiving.

While premature ejaculation is usually not a sign that there's anything wrong with your sperm, it can make conception a more difficult feat to accomplish.

That is to say, you can have the healthiest sperm in the world, but if you're ejaculating before penetration, it won't be able to reach the egg to fertilise it.

The effects of premature ejaculation can be further reaching than that when it comes to fertility issues, though.

Because premature ejaculation is often linked to psychological issues like depression and anxiety, sufferers may also be dealing with a reduced libido.

With low sexual desire, there are then fewer opportunities to conceive, and performance anxiety may increase the likelihood of erectile dysfunction, as well.

Premature ejaculation affects fertility in the sense that it makes it physically harder for the sperm to reach the egg if you're ejaculating before penetration.

Assuming your sperm is healthy, if you're able to ejaculate during vaginal penetration, then it shouldn't affect your fertility.

While premature ejaculation may reduce the amount of sexual satisfaction for both partners, it should still be able to get the job done.

If you're able to come inside your partner during sexual intercourse and still experiencing issues with fertility, it's best that you and your partner seek professional medical advice to rule out any other medical conditions.

However, premature ejaculation is also associated with a number of conditions, like depression, stress and anxiety, which can all result in sexual performance anxiety.

There are treatments available for PE, as well as these aforementioned mental health issues, which you can learn more about here.

Can a man with premature ejaculation get a woman pregnant?

Assuming there are no underlying medical conditions at play that could be affecting the health of your sperm, yes. Men dealing with premature ejaculation should still be able to get a woman pregnant.

Regardless of how long the sex itself lasts, if you're ejaculating while inside your partner, the sperm will be able to travel to fertilise the egg.

If you're dealing with a severe case of premature ejaculation, where you're coming before entering the vagina, however, that will make things trickier.

If that's the case, you'll need to seek medical treatment, either to treat the premature ejaculation, or for assistance with fertilising the egg, like in vitro fertilisation.

It's important to remember that premature ejaculation is a common sexual complaint that many men deal with.

It's also important to remember that it's not directly connected to problems with fertility, which is good news!

Further good news is that premature ejaculation can be treated. There are a number of ways to help prevent PE, and many treatment options you can seek out, as well.

Before seeking medical advice, there are a number of different things you can try in order to prevent premature ejaculation. According to Health Direct, these include:

If you suspect that your premature ejaculation is being caused or exacerbated by biological factors or medical conditions, it's always best to seek medical advice from a doctor.

Depending on what's causing your PE, there are a number of different treatment options that may work for you, and at Pilot, we're here to help you figure out what will work for you.

A 2004 study found that when men did CBT alongside their partners, they were able to learn to better communicate, which helped improve sexual intimacy, as well as resolve problems with erectile dysfunction.

There are also a few different techniques and exercises you can try. These include:

Also known as "edging", or orgasm control, the idea of the stop-start technique is that when you get close to orgasm, you stop the sexual activity altogether.

Then, you wait until you feel less aroused and less close to ejaculating, you begin again. This can help delay ejaculation and develop control over your orgasms.

This 2014 study found that pelvic floor exercises can help men to overcome even lifelong premature ejaculation.

As you build strength in your pelvic floor, you can increase the amount of time you're holding the squeeze, or try new positions. You can do these exercises while sitting, standing or even walking, and no one will even know!

Just make sure you remember to isolate your pelvic floor muscles alone; don't clench your buttocks, thighs or abs, and remember to breathe!

Of course, if lifestyle changes and exercises aren't working for you, there are medications that can help.

What are they? Well, here's the thing. Under Australian law, we can't tell you about them here, but we can tell you that we're here to help.

At Pilot, we know that it can be embarrassing and confronting to seek help for premature ejaculation. That's why we decided to change the game.

Gone are the days where you have to make a doctor's appointment, go into the office and tell them directly what the problem is. We didn't want to do that, and we figured we weren't alone.

Instead, we've put all our assessment information online, where you can fill it out in the comfort — and privacy — of your own home.

Our assessment will ask about your lifestyle, your current medications, previous surgeries, and will want to know a bit about how premature ejaculation is affecting your life.

The more detail the better, but don't stress too much; if the doctor needs any further information, they'll send you a message.

At Pilot, we don't like to mess around with your time and money, so if we don't think you're a good fit for treatment, you'll get your money back. If they believe that they can help, though, our doctors will come up with a treatment plan, especially for you.

From there, we offer ongoing support from your doctor and the Pilot medical team, who'll be able to tweak your treatment plan if there are any problems, making sure you get the right treatment for you. 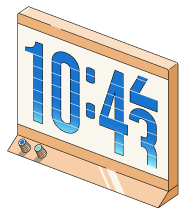 Kegels for premature ejaculation: Exercises to last longer in bed

Let’s talk premature ejaculation — where you come a little earlier than you or your partner want.
8
min read
Men's Health
,
Sexual Health

Erectile dysfunction and fertility: What you need to know when trying for a baby

Becoming successfully pregnant is dependent on a wide range of factors and erectile dysfunction can play a role in this.
6
min read