What’s the “right” amount of sleep per night?

They don't just say "a good eight hours" for nothing.

Written by
Joe Cutcliffe
Medically reviewed by
Last updated
May 31, 2022

Everybody on earth is aware of the hollow feeling that goes with a rubbish night’s sleep. It’s hard to concentrate at work, you can go about your daily duties without really feeling present, and the last half of the day is usually spent thinking about either having another coffee or getting home to the comforts of your pillow.

How much sleep do we need?

We humans spend around a third of our lives asleep – It’s one of the most important elements of an overall healthy lifestyle. Having a regular sleep cycle is key to giving your brain the best chance at firing on all cylinders during waking hours.

But just how much sleep is the right amount? Are you spending too much time in the sack? Or not enough? Is that guilty, unproductive feeling after a cheeky sleep-in warranted, or were you actually doing yourself a favour?

The answer to what constitutes the right amount of sleep is actually pretty simple, and scientists have long-come to the same conclusions on this topic, hence the term:

One of the largest studies on the subject to date, in fact, concluded that cognitive performance was noticeably worse for participants who didn’t get between seven and eight hours of sleep in a night.

Interestingly, similar results were found in participants who slept for longer than the magic number of eight hours, too.

In the past, studies have indicated that older folks could get 1-2 hours less shut-eye each night for the same results as younger people, but this has since been debunked: a lack of (or an overabundance) of time sleeping affects everybody across all age brackets equally.

What are the effects of low sleep?

Perhaps most interestingly, though, is how a bad night’s sleep can mess with your mind. While you might be inclined to think that short-term memory would be one of the most obvious things to be affected, this actually remains pretty good no matter how many Zs you’ve managed to punch the night before.

What does get affected on the largest scale is far more important to human functioning: high-level reasoning and verbal abilities.

In short, that means your ability to make decisions and communicate, both pretty important faculties to have in check for a happy existence.

It’s why sleep deprivation is one of the simplest and most effective forms of torture when it comes to breaking down a person’s psyche; it is controversially still used today by the CIA, who have been known to keep prisoners awake for up to 180 hours (that’s just over a week), some of whom hallucinate after such long periods of being awake.

“We found that the optimum amount of sleep to keep your brain performing its best is seven to eight hours every night ,and that corresponds to what the doctors will tell you need to keep your body in tip-top shape, as well”, said Conor Wild, Owen Lab Research Associate and the relevant study's lead author, as reported by Science Daily in 2018.

“We also found that people that slept more than that amount were equally impaired as those who slept too little.”

If you’re a repeat offender at pushing yourself too hard, burning the candle at both ends, and not getting a close inspection of the back of your eyelids for long enough each night, there is good news to be had. The study also showed that the cognitive impairment caused by a lack of sleep was observably improved after just one decent night’s visit to noddyland.

We’re often told how important sleep is for healthy brain function, and despite the number of studies that have been done in labs and focussing on specific conditions, it’s still a largely misunderstood topic. Some of us simply can’t get the right amount of it, many of us get too much, and some people want more than they need.

But on the topic of how much “the right amount of sleep” really is, the jury seems to have come back a while ago with a definitive answer that has stood the test of time: eight hours for tip-top brain function. No more, no less. 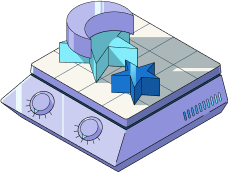 Turns out there's a special method almost everybody can learn to fall asleep in under 120 seconds.
5
min read
Men's Health
,
Sleep

The total nightmare of living with sleep paralysis

Sleep paralysis is *literally* a freaking nightmare, but what are the actual facts surrounding it?
5
min read
Men's Health
,
Sleep

How much does a bad night's sleep really affect your life?

What are some of the long-term dangers of regular bad sleep? We found out for you
4
min read
Guides
,
Sleep

Pilot's Guide to sleep shows young men how and why it's key to develop a good routine for sleep.
11
min read