You've probably heard of ED, but what are some of the lesser known things that can go wrong with your schlong?

'80s icon G.I. Joe concluded each episode of the animated series with the phrase "knowing is half the battle."

While this popular cartoon was conceived for the sole purpose of boosting toy sales, it's a surprisingly fitting phrase considering that we're looking at lesser-known penis problems where a little knowledge could go a long way to saving you from some grief down the track.

It's one thing to notice a lump at the head of your dick, for example, and it's another thing entirely to seek early treatment knowing that it could be a sign of penile cancer.

Just be sure to finish your dinner before reading the descriptions of these problems, and we'd recommend avoiding visual confirmation via Google Images unless you have a strong stomach.

Here’s a disgusting fact: every penis is home to a series of microorganisms like yeast (yes, even yours).

These naturally occurring organisms are mostly harmless, but they do tend to thrive in warm, damp environments—like under the foreskin.

An outbreak of yeast on your tallywhacker takes on the form of a soft, white, substance and it has the potential to inflame the head of your penis causing pain, swelling, rash, a tighter foreskin, and even discharge.

This condition is called Balanitis.

Healthline reports that Balanitis affects roughly one in every 20 men with possible causes including poor hygiene, allergies, uncontrolled diabetes, and psoriasis.

Balanitis is not sexually transmitted, but it can also be a symptom of STIs like gonorrhoea and syphilis.

Foreskin or not, anyone with a penis can experience this uncomfortable condition.

An antifungal cream from the chemist or antibiotics prescribed by a GP could help clear up any stubborn, long-lasting symptoms.

In general terms, there’s nothing wrong with having a boner that’s bent like a banana. But if that bend causes discomfort, you could be looking at a symptom of Peyronie’s disease.

Peyronie’s disease is a condition where scar tissue forms inside the penis, causing it to bend or kink, interfering with the blood flow required for an erection. This disease has the potential to stop your penis from becoming hard and could seriously ruin your love life.

If we’re talking angles, WebMD says a bend of 30-degrees or more is significant, and could be a sign of Peyronie’s, so it might be time you pulled out that old high school protractor.

Around three per cent of men aged between 30 and 80 years old experience this disease, and it can be the result of an infection, physical trauma, genes, or a nasty side effect of certain blood pressure medications.

There is no cure for Peyronie’s, only treatments. A GP may prescribe medications, or an injection directly into the scar tissue can prove useful. Surgery is considered a last resort.

There’s also penile traction therapy. This contentious option basically involves attaching a clamp to your cock for hours on end, every day to help straighten it out.

Chatting with a GP before purchasing any ‘miracle cure’ off of the internet is always a smart move.

When Isaac Newton penned the phrase: “What goes up must come down”, he clearly hadn’t considered the foreskin.

Phimosis is the condition where the foreskin is too tight to pull back from the tip of the penis.

It’s common in babies and toddlers and usually corrects itself within the first few years. In adults, Phimosis can be severe and lead to urinary tract infections, pain and loss of sensation during sex, and even increase the risk of penile cancer if left untreated.

Men can experience Phimosis after recovering from a tear or similar injury to the foreskin or as a result of inflammation (like balanitis).

Phimosis can be treated with steroid creams which have a success rate of over 85 per cent. It’s a good thing too, because if creams don’t work, circumcision may be the best option.

Alternatively, Paraphimosis is when an injury to the penis stops the foreskin from moving back to its original position. This one’s a serious medical condition and must be treated immediately, or there can be long-term damage.

Symptoms include increased sensitivity, pain and swelling, and reduced blood flow to the penis, potentially leading to gangrene.

Applying ice or a cold pack can lessen any swelling and lube can be used to move the foreskin. If unsuccessful, a surgeon may have to cut the foreskin or perform a circumcision.

An erection that doesn’t waver could be desirable to some sexual partners, but an erection that lasts longer than four hours will likely earn you nothing but a trip to the emergency room.

Priapism affects the nerves or vessels in the penis, trapping blood in the erectile tissue. It leads to a painful erection that has nothing to do with arousal or stimulation and can’t be relieved by ejaculation.

Australian health publication MyDr warns that Priapism is a serious condition and can result in loss of sexual function unless treatment is sought within 24 hours.

Although it is relatively uncommon, affecting around one in 200,000 Australian men.

Priapism can be brought on by a brain injury, tumour or infection. It can be a side effect of prescription medications or illegal drugs including marijuana, ecstasy, cocaine, and crystal meth.

It’s also not uncommon in men diagnosed with a sickle cell blood disorder, or leukaemia.

Treatments can involve a GP draining trapped blood from the penis via syringe. Medications and surgery can also be used when chasing more long term solutions.

If your erection lasts for longer than four hours, consult a GP ASAP.

Penile cancer—literally cancer of the penis—can affect the skin and tissue of your favourite appendage and has the potential to spread from there.

The first noticeable symptom is typically a lump, mass, or ulcer on the head or foreskin of your penis. Further symptoms include itching, burning, swelling, discharge, and bleeding.

Penile cancer is rare, affecting around one in every 100,000 men. Once again, uncircumcised men are more likely to develop this disease. You’re also more prone to cancer if you smoke, have poor hygiene, are diagnosed with STIs, and are over the age of 60.

A biopsy can be used to diagnose cancer, and conventional treatments can include chemotherapy, radiation and surgery.

Just like all other forms of cancer, early diagnosis and treatment are critical for increasing the likelihood of a positive outcome.

You probably already know about this condition; we discuss it quite often. But what you may not know is just how common it is for men to experience ED.

A study published in the Medical Journal of Australia found that almost two-thirds of men aged over 45 have experienced problems with achieving an erection.

While slightly less common in younger men, it's believed that one in four under 40 will encounter some form of ED.

To simplify, erectile dysfunction is when you can't achieve an erection or maintain one for the duration of sex. ED is not a disease, but a symptom of another problem—one that's physical, psychological or a combination of the two.

Plenty of research published on ED suggests that there's no reason for concern over the occasional 'failure'— that it's completely normal to experience ED from drinking too much, and from being tired or anxious.

However, ongoing ED can be a symptom of something more serious and impact your mental health.

A GP can begin the investigation, looking into heart disease, high blood pressure, hormones, cholesterol, and diabetes as potential causes and prescribe medications to help with the issues.

Psychotherapy and counselling can be required if the ED is caused by performance anxiety or other mental health-related issues.

ED can't always be completely “cured”, although there are always options when it comes to achieving an erection.

There’s absolutely no harm in being well-informed when it comes to the health of your penis. It may not be a “vital” organ, but it’s probably your favourite one, and the one you can’t imagine living without.

So take care, and keep it clean.

And if you are experiencing symptoms of any one of these problems, have a chat with a GP, even if it’s only for the peace of mind that comes from knowing. 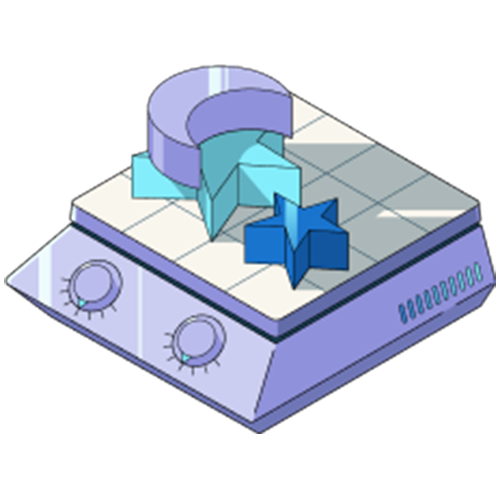