Is tiger penis really a cure for ED?

Is it true that tiger penis can get you hard? We decided to investigate.

As long as man has struggled with erectile dysfunction, so has he searched for a cure—a quick-fix solution to get hard and make sexual intimacy possible at the snap of his fingers.

While other species perform long, ritualistic dances involving feathers and the like as a precursor to intimacy, humans long ago became too busy for “that shit”, and as such, needed to find a way to go from work to play mode in an instant. From the boardroom to the bedroom with no time or care for getting in the mood.

And for some, it’s more than just a desire to cut to the chase—getting an erection can be a real sore spot. Whether it’s that one time after a big meal and one too many Bundies, or a regular occurrence, the causes of erectile dysfunction are many and varied, but there is one constant: dealing with it absolutely sucks.

As such, plenty of quick-fix solutions to muster some turgidity have been suggested through the years. Oysters are reported to boost a man’s libido (this is mostly bullshit), as have spurious herbs spruiked on roadside billboards, dick pumps been marketed, and (at long last) actual pharmaceutical aid been invented.

But of all the treatments for ED to fall under the “whacky” umbrella, there’s one particularly well-known and seriously dumb one that pops up more often than the others, the infamouse Tiger penis.

In traditional Chinese medicine (TCM), the therapeutic properties—which, need I remind you, are completely false—of tiger penis, are said to be that it is the bees knees when it comes to fixing erectile dysfunction.

Of course, there is no evidence to support this, and to be honest, hundreds of years of the world’s largest national population of men ingesting the stuff to no avail should probably be a pretty good indicator of the fact it’s total nonsense.

Tiger penis is so revered in Chinese culture that, in 2005, somebody decided to publish this paper on how to distinguish real tiger penis from fake tiger penis, due to the rising black market and apparent prevalence of counterfeit big cat cock.

The paper in question is worth reading, too, if for nothing else other than the quite confronting images of tiger peen in varying forms, though the best sentence is definitely: “Because genitalia are usually prescribed dried and whole, they are generally recognisable.

Preparation for sale of the genitals consists of removal of hair and all or most of the skin. In some cases, the glans penis is altered to attempt replication of the sex organs of iconographically important species such as deer, seal, or tiger.”

That’s right, poachers are known to have surgically altered a different species’ dick to look more like a tiger’s tallywhacker. What species, perhaps we’ll never know, and frankly, we’re okay with never finding out.

The price of a Tiger Penis Soup

It’s not even just the alleged curative powers that make tigers—a species that is barely hanging on, with fewer than 4,000 left in the wild—a delicacy, either. Throughout parts of China and southeast Asia, “Tiger Penis Soup” is considered a yummy gastronomical experience.

So yummy, in fact, that it reportedly costs about AUD$6,000 to tuck into a bowl of soupy tigery penisy goodness. The dish is also often made with deer penis, turtle penis, or bull penis—indeed it would seem that a veritable menagerie of members is on the menu.

It is also consumed by adding to wine (in powdered form), and one curious preparation from the Mekong River Delta, is to place a dried tiger penis (with its balls still attached, of course) into a bottle of French cognac to let it soak for many weeks. Then, as it matures, the liquor is taken in small sips every night.

Just a wee dram o' Tigger’s junk to keep the cobwebs out before hitting the hay—what of it?

Joking aside, there is no “cure” for erectile dysfunction that we know of (yet), but there are effective treatments that don’t involve ingesting disgusting (not to mention illegal) animal parts. They’re a lot cheaper than having to go out and source a giant jungle animal every time you want to lay some pipe, too.

And you don't need to go to Myanmar (or let's face it, Florida) to get them either, you just need to talk to a GP.

And, even if the opportunity presented itself to chow down on some poor big cat’s willy in your life, we implore you not to. It’s a cruel practice that has decimated the native population of one of the world’s most majestic (and badass) animals.

Meaning that in this instance, if you do decide to ingest some dick, then the old adage that you are what you eat really does ring true. 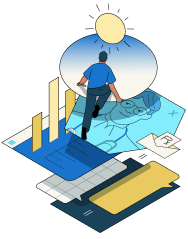 How to last longer in bed

How to last longer in bed is a common question for blokes. Here are the tips on improving your time.
4
min read
Men's Health
,
Sexual Health

Fill your plate with these foods that can help erectile dysfunction

Managing ED might be as simple as heading down to your local grocery store.
13
min read
Men's Health
,
Sexual Health

Missing out on sex is not your only option.
6
min read