Can you catch an STI from a toilet seat?

What happens when you accidentally brush Percy against the porcelain?

In terms of hygiene, there are few places that compare less favourably on the disgusting-o-meter than a public toilet.

Hell, most of us don’t want our appendages getting too familiar with any toilet seat, let alone one that’s a general smorgasbord of other peoples’ bodily functions.

With this in mind, is the old adage that you can catch herpes from a toilet seat true?

Turns out, not really.

While technically not impossible, the sheer mechanics of catching an STI from a toilet seat are very complicated, and scientifically unheard of.

Perhaps surprisingly, then, the most likely source of this myth is actually doctors.

Back in the day (we’re talking 19th century Europe), syphilis was ravaging the local population, and doctors needed to come up with a new way to destigmatise disease so that people would be upfront about it.

Telling people that you could catch a nasty venereal disease from a communal place seemed easier than encouraging thousands of people to fess up to their indiscretions, and, for the most part, it worked (you’re reading this, aren’t you?). The spread of syphilis might have slowed, but the spread of the whole herpes-from-a-toilet-seat rumour was well and truly underway.

The reality of this actually occurring, however, is very slim indeed. And especially when it comes to herpes.

This is thanks in part to the fact that the herpes virus survives for a very short time – only a matter of seconds – outside the human body.

Herpes needs a mucous membrane to get itself into the human body, like those found within the mouth, vagina and anus. On a hard surface like a toilet seat, the virus simply dies in about ten seconds, making transmission to another human nigh on impossible.

The same goes for other sexually transmittable diseases: syphilis, gonorrhea, chlamydia, HIV and AIDS – there isn’t a single recorded case of any type of STI ever being transmitted via a toilet seat because it simply isn’t practically possible.

When addressing a crowd in 1978, Dr Mary Guinan from the US Centers for Disease Control and Prevention famously said: “The only way I know of that you can get AIDS from a toilet seat is if you sit down on it before someone else gets up.”, much to the confusion of the press in attendance.

Even pubic lice (read: crabs), while able to survive in towels and on clothes for longer periods than, say, a bacterium, can’t cling to smooth surfaces like the seat of a toilet, or porcelain.

But that’s not to say that toilet seats are safe as houses. There’s still a raft of potential health mishaps related to time on the bog, but it’s not your dick you should be worried about: it’s your hands.

Toilets pose a plethora of sanitary problems and house some of the nastiest nasties known to man. It’s how these bacteria are spread that is more of a worry than brushing Percy against the porcelain.

When you flush, a mist of barely visible droplets is dissipated from the centre of the loo. This mist travels through the entire restroom, and, over time, means some pretty nasty shit (literally) can nest around the areas surrounding the throne.

Multiple studies have found norovirus, E. coli, streptococcus, shigella and even a strain of staphylococcus that can rot flesh, all in public toilets.

And while all of these may sound like a bad day, they too require a special set of circumstances to work their awful magic (i.e., if you wash and dry your hands properly, and don’t go licking anything inside said public toilet, you’re probably sweet).

So, follow mum’s advice and give your paws a good scrub post-poo, or carry some sanitary wipes with you for extra peace of mind, but rest assured that you can’t catch herpes from a toilet seat. 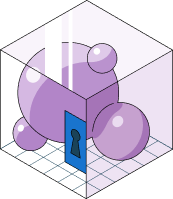 How to last longer in bed

How to last longer in bed is a common question for blokes. Here are the tips on improving your time.
4
min read
Men's Health
,
Sexual Health

Premature ejaculation is a complicated condition. Whether it's physiological or psychological, it's never ideal. Here are the known causes, explained.
4
min read
Men's Health
,
Sexual Health

This is how common herpes really is

Just how prevalent is the Herpes Simplex Virus in Australia?
5
min read